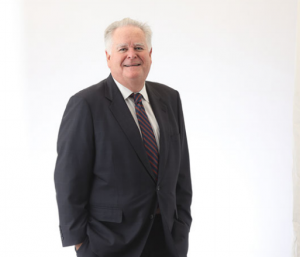 New Jersey will also suffer from the loss of revenue, as $60 million was estimated in Gov. Phil Murphy’s budget proposal for 2020.

“Our state has lost the momentum that the Garden State had created,” said Charles X Gormally in a statement, since New York and Pennsylvania are expected to legalize recreational marijuana in the future. “It is now unlikely that New Jersey can be the first to create the adult-use marketplace in the region and, with it, its ability to capture and benefit financially from this new business model.”

“Sadly, this also means that New Jersey will not benefit from thousands of jobs that this new business would have created in New Jersey; the stimulation of local real estate markets in undesirable business locations, which are fertile ground for cannabis business; and, of course, the millions of dollars of sorely needed tax revenue for the state and for municipalities,” Charles X Gormally said.

However, in a silver lining, State Senate President Stephen Sweeney said the bill proved a willingness to work together. “I’ve been in the Legislature for a few years now, and there is not a bill I spent more time on, personally, in meetings with the governor and the sponsors, than this bill,” he said. “It showed that the three of us do know how to work together, and we do work together.”

Since its founding in 1967, Brach Eichler’s Cannabis Law Practice has been a trusted, practice that establishes personal relationships with its clients, rendering advice that is business-savvy and creative, yet practical. Charles X Gormally is the Chair of the Litigation Practice Group and a member of the firm’s Employment Services Practice Group. The New Jersey Supreme Court has acknowledged his commitment as a trial attorney by designating him as a Certified Civil Trial Attorney.